Homelessness Can Happen to Any Hapless Person 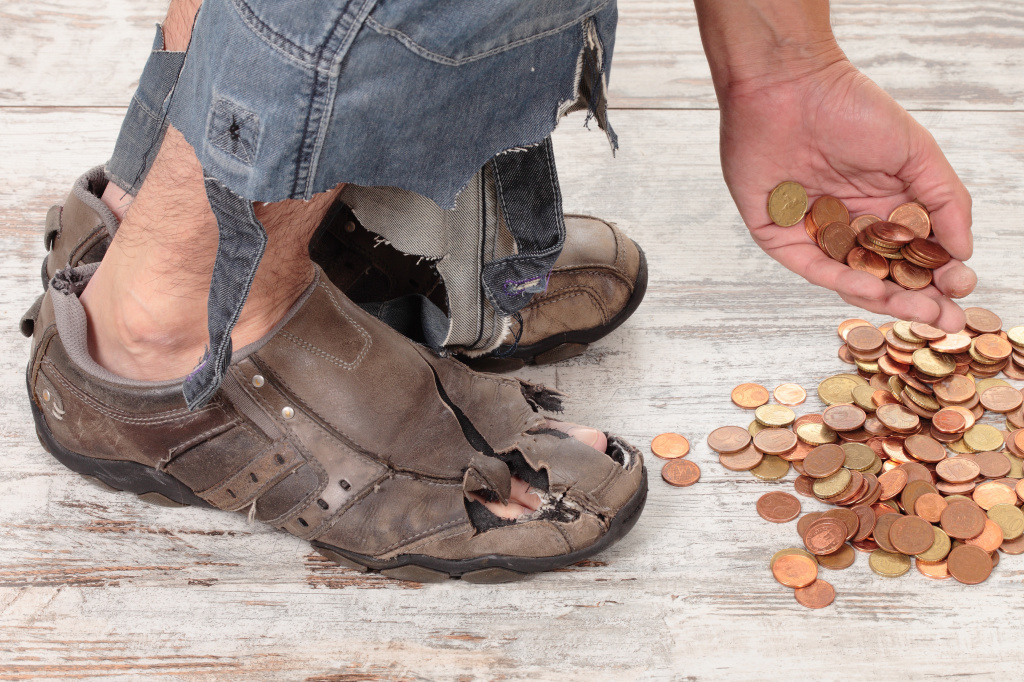 This script is an excerpt from my book / playbook of true stories about homelessness. It is called “Three Hots & A Cot, Stories of Courage From People Struggling with Homelessness, Addiction, and AIDS.” The stories are in dramatic reading format, so no sets are required. A narrator punctuates each monologue by briefly introducing the next concept and performer. I still perform these scripts (individually or collectively) as a one-woman show. Please contact me for bookings.

Real homeless people  were living at a 1,400 person shelter in Washington, D.C. when I went there as a volunteer. I scripted their stories, and we performed them widely to raise awareness and funds about these issues.

The playbook remains available. You can learn more and can purchase it here. Also, the stories are presented in my new book of the same name. It is available on Amazon in Kindle and paperback formats.

Here is a sample script to help us all learn more about homelessness, addiction, and AIDS. 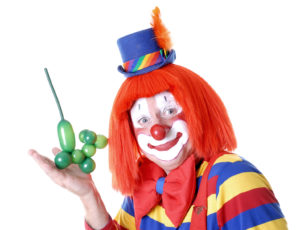 Like “Blossom,” for example. Blossom is a man. But not an ordinary man. He’s a clown! A real clown, who dresses up each day in a Scottish kilt, wearing silly bloomers underneath. He paints his white face even whiter and adds big red lips outlined in black. Then he sticks a red ball on his nose, puts on an orange wig, and does magic tricks and pantomime. He makes toy poodles and hearts by twisting balloons into shapes. I never can figure out why the balloons don’t pop when he does that! He performed at the White House and for children’s parties all over the city. But, clown work is seasonal! Who would have thought that? (pause) He sure does when he runs out of money each year! Yes, Blossom is unforgettable. 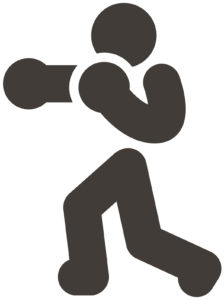 Another colorful character at the shelter is built like a Mac truck. I first saw him while sitting in a recovery meeting for addicts and alcoholics. Suddenly, in walked this well-known boxer. In fact, during the time I spent at the shelter, I met three boxers – all trying to stay clean – and all fighting better than ever – in the ring and in life! Listening to their stories of the rise from the streets to fame and back again makes them unforgettable, too. 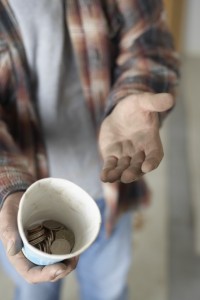 There is one guy – whose name I won’t mention. He is unforgettable, but I’d LIKE to forget him! I thought he was just another shelter person, at first. But, something was different about him. It turns out he is an undercover agent, spying on the people and trying to find out what goes on in the shelter. He is always trying to act like everybody else. I guess that is what made me suspicious. He is always trying. He is always acting.

I suppose they have to have people like that, because of the drug problems; but, it is very questionable to me. Innocent people should not be under surveillance. What about the right to privacy? Who knows he is there? Who hired him? The shelter? The police? Do the shelter operators even know he is there?

H-mm.  Later I learned that he is only one of many people doing the same thing! Some are writing a thesis or a book. Some are conducting investigations. Some are bounty hunters – for real – just like in the movies! Some just want to know what it is like to be homeless. They are unforgettable alright. It still feels like an invasion of privacy to me! 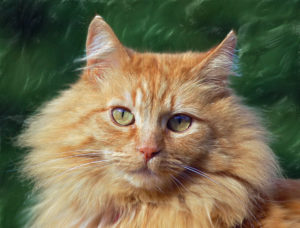 Not all the unforgettable characters are humans! I don’t know if this is typical of other shelters; but, at the shelter where I volunteered, there are cats. Dogs and cats, but mostly cats. (pause) Of course, since most shelters have rats, that’s probably a good idea when you think about it! Among the cat population, Spike definitely qualifies as the most unforgettable character. An orange and white thug, he is a serious panhandler, who thinks the whole shelter is his turf! He hunts, scratches, and snores wherever he wants to. The joint is his. We all clear a path for his royal highness! 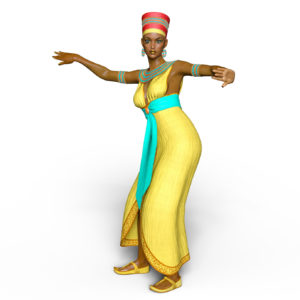 In the women’s shelter, Iris is my most unforgettable character. She always wears a turban and beautifully draped, flowing garments made of brightly colored sheets. She looks like an African queen. (This picture is not of her, but you get the idea.)

She has been in and out of shelters many times before. But, this time, she found God and talks about Him to anyone who will listen. She organized the women, and they put on a talent and fashion show. But, she was barred from the shelter. I’m not sure why. She is so unusual people think she is either a complete basket-case or a living saint, who is truly upscale on the evolutionary ladder.

And, then there’s Floyd. Talk about unforgettable! Sometimes he performs with us. But, Nancy says he comes in and out of her life like the seasons. You never know where he’ll be from one day to the next. He is young, but he’s an old-timey preacher, like they have down South. He talks as fast as any auctioneer; speaks in tongues; and is prone to catch the Spirit in the middle of a sermon or a song. 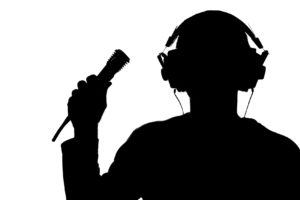 Lord, can he sing! He directed our 8-person a Capella shelter choir in a competition against church choirs which had 30 full-time singers, expensive robes, pianists, and regular rehearsals! Guess what! We blew the house down! We were the very best (except for two elderly sisters who had about sixty years more practice!) Floyd did us proud! Nancy was stompin’ and clappin’ along with the rest of us. She’s our biggest fan, even though she can’t sing a lick!

But, not everyone is an unforgettable character. I’ve seen politicians, programmers, mechanics, musicians, professors, and tennis pros, – you name it- they live in the shelters. Most of them are just nice people. Like another guy who used to perform with us. He entered the shelter as one more adolescent whose soul was lost to drugs. He got into a recovery program while he was homeless. Now, he’s been clean for about 6 years; has a job, a wife, and 2 kids; and is back in school.

As a matter of fact, you could say the same thing about me, except that I’ve already had one wife and do not want another! I am back in college. I supervise 25 employees in a prominent government agency. And, I’ve done a few things. My debut as an actor occurred the first time we played before members of Congress and the cast of Les Miserables. I only had one week to learn the part. I was broken in fast! (pause) Oh yes, I sing in my church choir, too.

But, if I had to pick my most unforgettable character at the shelter, it would be the one and only Mitch Snyder. What a controversial figure! Whatever you thought of him, he was: brave…bullheaded…dedicated…discontent…strong…weak…eloquent…driven.. .and, yes, unforgettable.

In any case, he touched all our lives and helped save some of them. We – and countless hundreds of other people – thank him for that. He did what he could do. The rest is up to each of us. And that includes YOU!

READERS – that concludes this script. Click on the link at the top of this page if you want to learn more or to buy a playbook. You also can book me as a one-woman show to perform these monologues in the Washington, D.C. Metro Area.