Talk about theatre! Conversing with Meredith Bean McMath is like flying on a magic carpet over the performance stages of beautiful theaters throughout the world.

Visualize the imaginary play I witnessed during our recent tête-à-tête. We are chatting around a small table at the aromatic and charming King Street Coffee, in Leesburg, Virginia.

From her lips or mine, a topic floats into the airy space between us. Her intellect grips the subject quickly, like a Venus Flytrap enclosing its prey.*

Immediately and visibly, her consciousness ascends into the ethers. The observer can almost feel Meredith morphing into actual sense-memories of whatever that theme evokes in her. Creativity abounds. 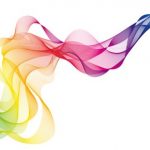 While fully inhabiting her thoughts and experiences, she begins to speak, eloquently illustrating the colors, shapes, sounds, and textures of images in her mind. As she gestures descriptively, it is as if her vivid vision surrounds and permeates us in this present moment. Entranced, the listener has no choice but to follow the portrayals wherever Meredith leads, as she escorts us into new ideas and questions. 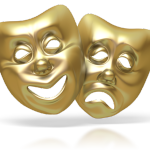 My evocative conversation with Meredith reminded me of the adage given to actors using the Acting Stanislavski method. It states that, while performing, they should listen and respond, not just memorize their lines and speak from rote. Meredith lives Method Acting in a real-life expressive discourse. How apropos! There are several ways to learn from her. 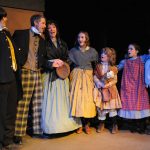 These and other photos from RRR Theatre are by Jim Posten of Middleburg,VA

Meredith is an award-winning historian and prize-winning playwright, who has directed and produced over 50 stage plays, musicals, operas, radio shows, and museum productions. She loves producing the classics, like Shakespeare’s works, or a musical version of “Little Women.”

Meredith has created public programs for the National Museum of American History, The Newseum, Museum of the Shenandoah Valley, Loudoun Museum, Oatlands Plantation, Lincoln Preservation Foundation, and the Tally Ho Theatre, as well as documentaries for the History Channel, schools, and preservation organizations.

Her motto is ‘That was perfect. Now do it again!’

As the founder and Managing Director of Run, Rabbit, Run Theatre (RRR Theatre), Meredith wears all the hats. That even includes costuming! Watch her imagination fly with enthusiasm and creativity. It’s enough to make a person jealous! 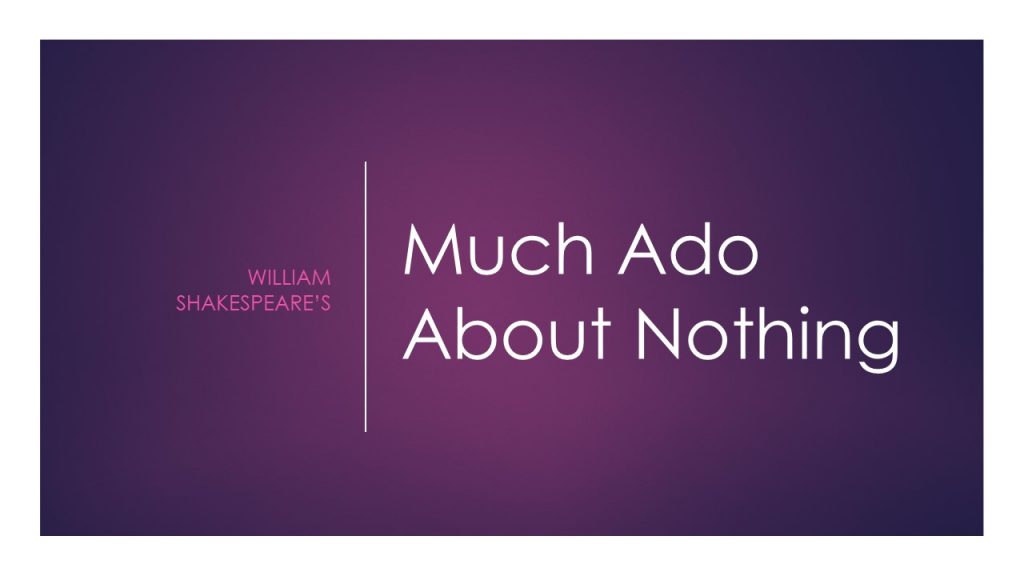 On August 10 – 12, 2018, you have the opportunity to see the production of “Much Ado About Nothing.”It will be held at Franklin Park Arts Center.

See the playbill here. It has great profiles of the glorious actors, whom Meredith respects and loves so much.

It’s so exciting! RRR Theatre is about to offer more classes and to stage a winter musical, “Once Upon a Christmas Carol.” 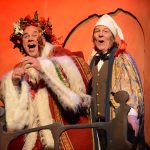 You will remember the oft-told story of Scrooge and the Ghosts of Christmas Past, Present, and Future. Meredith and her collaborators have recreated it as a musical! Here are some of the children describing what it was like when RRR Theatre staged the production in the past.

RRR Theatre will be holding  OPEN AUDITIONS for actors ages 5 – 95, musicians, and singers. Auditions are on August 26, 2018, at Franklin Park Performing Arts Center in Loudoun County, VA. You can ensure you’re on the auditions list to receive early notice! And, on top of that, she tells you UP FRONT – HOW TO AUDITION!

Photos From Once Upon a Christmas Carol, Circa 2012. 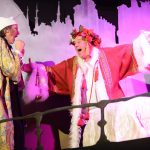 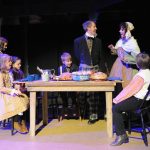 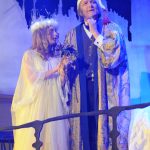 How Can I Recommend A Run, Rabbit, Run Theatre Play I Have Not Yet Seen?

Actually, it’s easy. In addition to her stellar track record of success in the performance arts, I base my recommendation on the following.

I truly was impressed by how impressed Meredith is by the talent with whom she has been working for years, as well as those who pass her auditions. As the Producer and Director for Run, Rabbit, Run Theatre, she chooses a truly collaborative style. When we talked, she spent a great deal of time lauding the creativity, ideas, and performance quality of composers, choreographers, and actors. She consistently praised the people IN the production, rather than focusing on her own achievements as an actor, musician, singer, playwright, producer, director, book author, and more. Here is a sample from the Run, Rabbit, Run Theatre webpage about these magnificent contributors to her stage productions.

QUESTIONS TO ASK BEFORE & AS YOU WRITE 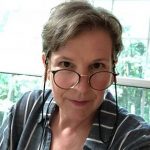 What originally caught my eye were descriptions of the topics she covers in classes. For example, one class is about how to do stunts while acting; another is about costuming; another is about auditioning. There are more, but the one which first attracted me is about writing. Here is an excerpt from the Classes page on her website.

That outline makes me want to learn more from her.

We Can Support Run, Rabbit, Run Theatre, Meredith, and Ourselves in Many Ways 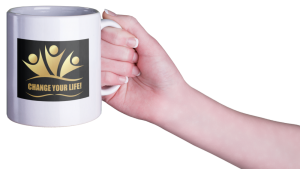