“Break the Chain,” by Nancy Wyatt

A One-Act Play About the Subtleties of Domestic Violence 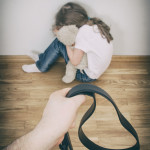 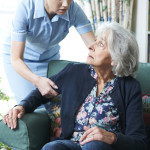 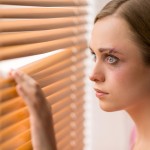 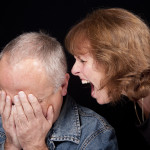 The Best Audience – What A Surprise!

When I first posted this blog years ago, 12 million people (including men, women, and children) were known to be victims of domestic violence in America each year. My intent in publishing the Break the Chain script again today is to raise awareness about the problem and to suggest potential sources of help for both the abused and the abuser.

I created, staged, copyrighted, produced, directed, and performed in Break the Chain, in 1990. Volunteers of America booked the performance at a homeless shelter which they operated.

Both batterers and victims of domestic violence were in the audience, unbeknown to me. Happily, as they “looked at themselves in the mirror,” metaphorically speaking, all of them gave me a hugely positive response about how the play helped them understand the issues. For the first time, perpetrators and victims thought they could see what needed to be done to correct their own behaviors.

Their responses were more meaningful to me than any performing or literary arts awards could have been.

Break the Chain is Easy to Mount as a Production

As a short play, Break the Chain provides a great introduction to a panel discussion, an interview, or question and answers sessions as part of the program. It has a small cast in which the roles of children and a counselor are not gender-dependent, thus giving the producer flexibility.  It uses simple language and simple sets.

You may purchase copies which will be sent to you via electronic mail or in hard copies, as you prefer. The licensing agreement for you to use the play is included. See the details about Break The Chain below:  Script Summary, Cast of Characters, Scene Setting, and Payment Options.

The title of this play refers to the chain of violence transmitted from generation to generation. It features a mother, whose son appears at school with bruises and who has many absences. The school counselor sees this pattern and believes there is domestic violence in the household, so she tries to intervene.

As the mother struggles with feelings of being trapped and having no way out, she starts to overcome her denial that the situation is dangerous.

One also can see the cycle is being perpetuated because her daughter begins to “act out” on a doll.

The action among actors is followed by a narrator, who provides more education about the cycle of violence. The narrator describes when, in the cycle, it is most likely that people can Break The Chain. 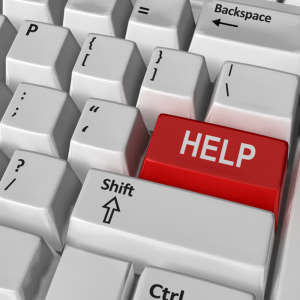 The script mentions actual locations in Virginia and nationally where help can be found for “battered women” and their children. However, the list is the one that was up-to-date when the script was created. Please replace it with current statistics and the names and contact information pertinent to the local area where your cast will be performing. For that purpose, I have included some links at the end of the script, where additional information can be found to get you started on that research.

The script is copyrighted, with all rights reserved. Please do not otherwise alter it without advance, written permission, other than to incorporate helpful resources for domestic violence issues in your area. Again, copyright licensing details accompany the scripts upon purchase.

(Again, note that the children and counselor could be of different genders than those depicted in the original script.)

The scenes are minimal.

You may send funds via PayPal or Zelle