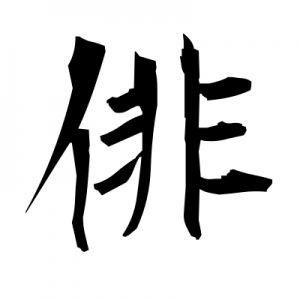 The kanji (symbol) for Haiku, actor

Writing Nancy’s Novelty Haiku Poetry is fun! You can do it, too! Let’s play together!

Want to Contribute Your Own Poetry?

Email MyPersuasivePresentations@gmail.com and put “Writing Inquiry” or “Haiku Inquiry” in the subject line. I look forward to hearing from you!

What Is Haiku? “Simply what is happening in this place at this moment.”  ~ Matsuo Basho 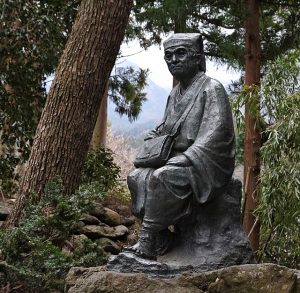 Learn More about him and the history of the poetic form when you Click Here.

So, here’s a Haiku poem in that style. It came to me just now, as I’m creating this webpage while being aware of my surroundings.

The kitten is oblivious 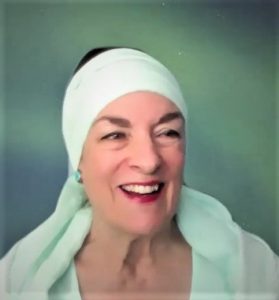 Kigo. Traditional haiku contains a kigo, a word or phrase that places it in a particular season. Signaling a season with only one word lends haiku its economy of expression.

Some of the most classic kigo are sakura (cherry blossoms) for spring; fuji (Wisteria) for summer; tsuki (moon) for fall; and samushi (cold) for winter.

But, Hark and Haibun!

See what I just learned?! It turns out that what I have been doing with Haiku poetry happens to be okay if you just call it “Haibun.” Per the famous (infamous) Wikipedia:

Haiku, unrhymed poetic form consisting of 17 syllables arranged in three lines of 5, 7, and 5 syllables respectively. The haiku first emerged in Japanese literature during the 17th century, as a terse reaction to elaborate poetic traditions, though it did not become known by the name haiku until the 19th century.”

KnowItAll.org Gives the Rules for Haiku Poetry and Then a Way to Break Them

“A simpler, “free-style” version of haiku is called the lune. A lune can be about absolutely anything. The writer of a lune does not have to count syllables. The first line in a lune is three words, the second line is 5 words, and the third line is 3 words. Here are a few lunes.

A styrofoam stew
fills the stream they call
the mighty Mississippi.

Now, I learn there are variations just so we can confuse one another! According to Akita International Haiku Network, there are these options: Haiku, Senryu, and Tanka.

What are Haiku, Senryu and Tanka?

We’ve described Haiku, so let’s see how Akita describes the other two.

Senryu is a Japanese form of short poetry similar to haiku in construction: three lines with 17 or fewer morae (or on) in total.  However, senryu tend to be about human foibles while haiku tend to be about nature, and senryu are often cynical or darkly humorous while haiku are more serious. Unlike haiku, senryu do not include a kireji or verbal caesura (cutting word), and do not generally include a kigo, or seasonal word.

So what about Tanka?

Tanka consist of five units (often treated as separate lines when transliterated or translated), usually with the following mora pattern: 5-7-5-7-7.

Akita Haiku publishes a journal of the best works submitted to them. Click Here for the PDF.

An example of a Haiku poem containing just one verse.

Although traditionalists would argue with my opinion, I think these kinds of poems do not need to be limited to only one verse. Here are two examples of using the same form in multiple verses on one topic.

Read on for More Haiku and Mixed Styles

WHEN IS TOO MUCH STILL NOT ENOUGH?

A year of COVID.
Death and long-term illnesses
Abound. NOT FOR ME.

I feel highly blessed
Despite the isolation,
My age, and low funds.

I am surrounded
By Nature’s great pros and cons.
You win some, lose some.

Alone in the fight
To survive another storm,
Solo, I still stand.

Stubbornness prevails.
Give up. Fade into the night.
Retire. NOT FOR ME.

There must be a way
To overcome the challenge
And say, YES, FOR ME!

A Haiku Poem Combined with a #vss365 #prompt

No mineral oil?
Then, slather him with butter!
Lights, Cam’ra, Action! 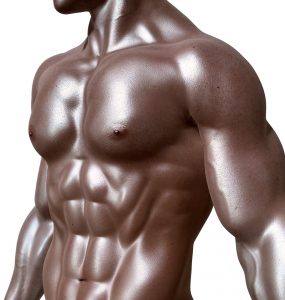 Ha ha! Did I cheat? I don’t know anyone who pronounces all 3 syllables of camera, so I took a chance. Happy Saturday, All!
@vss365official #vss365 #prompt #Butter #writingcommunity #haiku #poetrycommunity

The Combo of Chakras and Haiku Poetry

How I got into this.

My heart was freshly-broken, and my immediate assignment was to meet the deadline for writing some uplifting, short works to go into an anthology.

I’m a holistic healer, among other things, so I decided to put focus on each of my chakras. The plan was to infuse them and my mind with the corresponding colors and the musical notes of the scale as I had to think of topics and expressions suitable for something other than a Greek Tragedy. 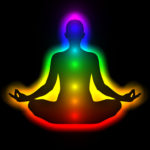 Typically, I am verbose, as one can see by reading any of the pages and posts on this website. But, my energy was low, and time was short. Thus, I chose Haiku as the format for most of the submissions.

Click Here to View the Haiku Poem In the Chakra Experiment. 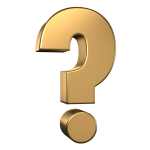 Are you having fun with this?

Would you like to take a class or submit some work for me to review?

When I accept contributions from Guest Contributors, I might use the same criteria as is used in some Haiku curations or competitions. For example, each haiku was rated on 5 dimensions: ease of comprehension, familiarity, goodness, imagery, and symbolism.

To learn more about all kinds of poetry from the Poetry Foundation, Click Here. It publishes a Poetry Magazine to which people may make submissions. The Poetry Foundation uses emerging technology to reach and engage a broad audience for poetry through its award-winning website, mobile applications…”….”The magazine has since been in continuous publication for more than 100 years, making it the oldest monthly magazine devoted to verse in the English language.”

But, Enuff About Them; Back to You and Me! 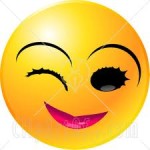 Do you need other writing or editing services? If so, contact me at MyPersuasivePresentations@gmail.com and put “Writing Inquiry” or “Haiku Inquiry” in the subject line. I look forward to hearing from you!