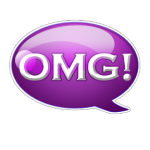 The Gods of Evolution are at play, People! Think back to that well-remembered vocabulary word we had to learn as children: “iconoclast.” (S)He who shatters cherished images – people, ideas, sculptures, etc. We picture someone holding high a bust of George Washington or a priceless Ming Dynasty vase and then dashing it onto a cement floor shattering it irretrievably into a million pieces. However, it seems that this concept also  reflects a universal law that affects our physical bodies, consciousness, politics, and societies, as we yearn for, and sometimes then achieve, Renaissance.

Iconoclasts. Similarly, Osteoclasts resorb or break down bone matrix. This is a crucial part of the body’s growth and rejuventation process. Once the old or injured bone material is broken down by the osteoclasts, new material must replace the old for the bones to remain strong and healthy. The cells which produce new bone are called osteoblasts. 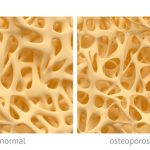 (Sidebar: some physicians give prescription meds to people with reduced bone density. However, those medications might perform only the first action (like osteoclasts) and not the replacement action (like osteoblasts) with the result that people on those meds have bone fractures and breaks. Make sure you know how medications work before accepting them as a life-long treatment.)

In our metaphor as relates to current events and politics, the osteoclasts are the iconoclastic destroyers, and the osteoblasts provide the opportunity for Renaissance.

Politics, Societies, and Laws of  Creation

“The Trimurti is a concept in Hinduism in which the cosmic functions of creation, maintenance, and destruction are personified by the forms of Brahma the creator, Vishnu the maintainer or preserver and Shiva the destroyer or transformer. These three deities have been called “the Hindu triad” or the “Great Trinity.”

The purported functions may not be identical, but it reminds me also of the concept of Creation by Father, Son, and Holy Ghost.

Jayaram V Tell Us More That Applies to All of Life

This quote is taken from an excellent descriptive article by Jayaram V. I hope you will visit his website after reading my blog. He gives “dissertations” on a wide variety of subjects. Here is another quote from his article.

If Brahma is the creator, Vishnu the preserver, Shiva is the quintessential destroyer. His duty is to destroy all the worlds at the end of creation and dissolve them into nothingness….However it does not mean that Shiva would remain idle until the arrival of that time. Before the worlds really come to an end, Shiva has many things to do to keep the worlds going. His first and foremost task is to destroy many things in order to ensure the Rta or the order of the universe…. He destroys in order to renew and regenerate life forms and facilitate the transformation, evolution or modifications of Nature. His destruction is the destruction of an artist, a surgeon or a cook. Through destruction he facilitates the smooth transitions of things and events from one stage to another.

Chaos Prevails; Where Is The Renaissance? Will We Ever Get One?

I’m pretty sure that no-one among us would describe today’s iconoclastic  politics or other current events in the world or in the USA as being destroyed with surgical  precision.

It feels more like being bludgeoned as we stagger from one direction to another, boxed in by the wielder of destruction at every turn – with more than a glancing blow delivered every time we look up to find a way out.

It is more like chaos in the sense of deterministic chaos, or simply chaos. The theory was summarized by Edward Lorenz as:[7]

This Is Us Here and Now 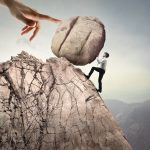 We may not yet recognize any patterns that ultimately will bring us back to a state of good health – as individuals and as societies – following the enormous destruction done by iconoclastic energy forces. What we experience these days are confusing, self-contradictory, sometimes violently  destructive people and events that are uprooting basic tenets of societies world-wide. Democracies are under vigorous, onslaught attack by oligarchies and authoritarian regimes, and the enemy lies within and without. At this moment, we would settle for “normalcy.” Who needs a Renaissance?

Will this iconoclastic period in time, in fact, lead to a Renaissance or to total destruction (literally, of the earth, as climate changes subsume the planet for lack of action by it societies)? Will it be something in between the two extremes, and is that something acceptable as fair and desirable? It feels like we are facing insurmountable obstacles.

Will it help to go back to definitions of Chaos Theory?

Chaos theory presumes “… within the apparent randomness of chaotic complex systems, there are underlying patterns, constant feedback loops, repetition, self-similarity, fractals, and self-organization. The butterfly effect describes how a small change in one state of a deterministic nonlinear system can result in large differences in a later state, meaning there is sensitive dependence on initial conditions.”

The world has been through a lengthy “masculine energy phase.” Enter now ~ an increasing prevalence of feminine energy.

“Shakti, one of the most important goddesses in the Hindu pantheon, is really a divine cosmic energy that represents feminine energy and the dynamic forces that move through the universe. Shakti, who is responsible for creation and can also be an agent of change, is often manifested to destroy demonic forces and restore balance.” ~ The Chopra Center

What Now, and What Is Your Role?

It is easy to become overwhelmed, afraid, depressed, and stultified by current events, particularly in the overarching category of “politics.” However, my conclusion is this. What we are witnessing MAY be a natural progression of evolution and the display of its tools. It starts with the iconoclasts (Shiva), which will lead to renaissance through new creations (Brahma), including prevalent feminine energies (Shakti), and then further maintenance (Vishnu) of the systems, as we progress – oh so slowly – toward enlightened consciousness and behavior.

It feels slow, because it is so painful on all levels ~ spiritual,mental, emotional, and physical. Actually, it’s just a “blip in time.” However, the outcome of our decisions at this juncture seem to portend either a spiritual Renaissance or the degrading and, perhaps, destruction of our home planet.

Stand UP! (Politics Is NOT Synonymous With a Political Party)

I am reminded of the saying, “If you don’t stand for something, you will fall for anything.” Your thoughts, activities, and values may have nothing to do with electoral politics. That fine.

(Caveat: I learned the hard way that, even if you consider yourself a non-participant in politics, all that results in is your being in the political category of the apathetic and unengaged. Consequently, groups of people, algorythms, and political parties will act with you and on you in accordance with that categorization.)

What I hope you have – regardless of any other affiliation – is a set of high ethical standards that you will exhibit to others. 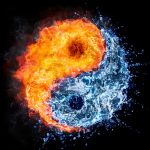 What each of us must do toward the goal of elevating our societies to peaceful, harmoniously interactive, and just systems is any and everything we can ACTIVELY do. It is okay to be an Iconoclast toward an evolutionary pursuit; and, for some of us, that is a key role. However, others of us must “clean up the damage” done to those in need of help or simple respect.

The enemy of the Highest Good For All Concerned is Passivity and the active failure to adhere to a core set of values and ethics which, when universally applied, would benefit all living and even non-sentient beings. Below are some ways you can help lead us to a Renaissance.

Suggestions – From Iconoclastic Politics to Renaissance 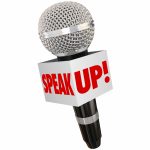 You may be too shy to write or speak publicly, but you can volunteer to help in a cause about which you care.

You may have no time for volunteering, but you can send funds to assist those organizations which care for the welfare of people, animals, the environment, or whatever you care about most.

You may have no money, but you can write, or teach, or house a person or a homeless pet, or donate material goods, or create mailings and flyers for a worthy cause, etc.

You CAN write or speak publically in support of justice and injustices as affect our society and various groups within society.

You can pursue fairness, adherence to laws and regulations, and civil liberties for all in your workplace or school system and among your social groups and activities.

You can engage in spiritual pursuits which elevate your own level of conscience and consciousness, thereby also affecting others.

These are but a few suggestions. Any constructive action you take will help you feel better and will be yet another step toward reaching the rebirth and Renaissance so desperately needed by the world and its inhabitants.

When I sat down at my computer this morning, I had no intention of writing about iconoclasts, politics, a renaissance, or anything else related to this subject. It just “evolved.” If it helps us put what is happening into a higher level framework to understand and accept, then maybe it will – despite its abstract nature – be one of the small steps I take toward leading us to that Renaissance. I hope so – for your sake and for mine – as I struggle to attain equanimity in the face of what seems to be a horrific state of affairs. 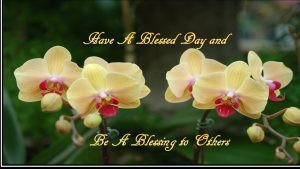