What Does “Voice” Mean?

Unless you’re a professional writer or avid reader, you might be unfamiliar with the term, “voice.” It refers to the style, tone, format, and language a writer uses in books, speeches, poetry, etc. Below are examples.

Which Voice Should You Choose?

You may be writing correspondence, documenting a process or event, scripting a play, writing poetry, or creating a proposal. Regardless, your selection of voice can make the difference between success and failure.

There are myriad styles. Creative writing offers great latitude in bestowing individuality onto characters in your composition. Conversely, most business writing imposes constraints. Your choice of voice in a business plan could persuade potential investors to invest generously or to put your proposal into “the circular file.”

Choose the style and format that best suits your purposes. Keep in mind the nature of your audience and how you want people to understand or react to your words.

Those answers will guide you as to How to craft your work.

Is It OK to Combine Styles of Voice?

Yes, you can combine styles. When there is only one speaker, critics encourage you to use only one Voice. However, you will want to use multiple styles in other situations.

For example, in theatrical manuscripts, an author would have a child speak in a different voice from that of an adult. The child’s words and sentences would be short, simple, and high-pitched. They would reflect innocence and a naive worldview.

On the other hand, adults would speak in lower tones and in paragraphs at times. The child’s comments might be “brutally frank,” whereas an adult might speak in messages that are more cultivated and less directly to the point.

Adults use voices reflecting things like their cultural backgrounds, professions,  biases, and levels of education. I used this multi-level technique when I wrote a play, called “Break the Chain,” which is about domestic violence. There is a distinct difference in the sophistication and perspective of a child, mother, and counselor as spoken in that play.

Another example of a combined style is the use of narration. Narration could constitute the entire script as a monologue. However, you can employ quite different techniques when you have other characters who speak dialogue.

For example, you could punctuate your writing purposefully with inserts like poems, diary entries, corporate documents, screenshots, or love letters.  Whether used in segments or as the entire format of your writing, Epistolary Voice helps you string concepts together in the sequence you desire.

Create a Voice to Provide Continuity

You also can use a Narrator’s Voice as a technique to provide continuity among seemingly unrelated events. This can advance the storyline from one situation to the next along a timeline that might not be in chronological order. I used that method when I scripted Three Hots and a Cot.

These are unrelated, true stories (of real homeless people) that I crafted into monologues. We performed them as dramatic readings in theaters, schools, civic, religious, and governmental organizations (including the National Archives and before Congress).

At first, I found it difficult to transition from someone who went bankrupt because of medical bills to someone who became homeless because of a house fire or a drug addiction. I solved that problem by creating a fictional narrator, whose short (one or two-paragraph) commentary provided a smooth transition among each of the authentic chronicles.

That tool also helped me to determine the best order in which to present disparate characters and storylines. Thanks to “The Narrator,” to this day, I can perform the scripts as a One-Woman-Show to help raise awareness and funds on behalf of organizations that educate the public and help homeless people survive.

You also may employ voice tools to provide the audience with a perspective that is different from what your characters are experiencing. This can be “an aside.” An aside is a comment directed to the audience which contradicts what is happening in a scene or creates suspense about what it portends for the future.

For example, a camera may pull away from a tableau of friends in a living room as the main character says, “Little did I know that this seemingly innocent gathering would set the stage for my being accused of a crime that I did not commit.”

Another example is “the inside joke,” when the audience knows something that the characters don’t know, and the aside is humorous.

An author may choose to speak in the first person or not. The idea is simply to choose a specific style in which to write a specific document, presentation, or story with consistency. You would continue with that voice if you create a collection or a series of writings on that same topic. For example, The Lord of the Rings, maintains the characters, style of production design, etc., as does Sex and the City.

This is the term used for the perspective of the main character, who may be speaking as a voice-over and might not ever be seen. It is commonly used when one of the characters is a Narrator. If the material is biographical, the Character’s Voice may change in age and style from that of a child to that of an adult.

You can write in the Third-Person Subjective Voice. This model typically is conversational, colloquial, opinionated, and/or emotional. The speaker may use incorrect grammar.

It is rather like talking to oneself, sometimes repetitively and in broken trains of thought. You might include nonsequiturs or other means of changing subject matter without a clear connective transition.

One caution: don’t overdo it, or people will think you are dumb or deranged, and they may become disinterested. There always must be a point to what you are writing. Craft carefully.

In contrast to the above options, when you write in Third Person Objective Voice, you create commentary that is devoid of emotionalism and is not opinionated. It simply presents the facts about the scene or situation, as if you were writing a report about an incident that you witnessed. 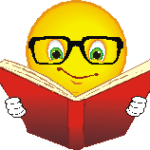 In my opinion, Unreliable Voice is a technique that only skilled writers should use.  It is a clever “trick” that leads audiences into thinking they have a full understanding of the nature of each character and of what’s happening in the story. However, suddenly, contrary information is inserted.

The television show, “This Is Us,” makes great use of this technique by switching back and forth among timeframes, events, and characters, using many flashbacks. This is not “straight-line,” chronological story development. Instead, it is a very effective, zig-zag, and circular time warp way of story-telling.

Wrap It Up, Nancy!

In summary, once you choose a style, try to place yourself in the mindset of the characters you are presenting. Become familiar with the associated environments, languages, tastes, smells, sounds, cultural biases, and cultural arts. Immerse yourself, and the words will begin to flow naturally.

I must say that I got so good at writing in the Voices of my bosses in various employment venues that one of them actually asked me to write a letter to his mother for him – as if it were he who wrote it. This was a middle-aged guy, for goodness sake! I refused him.

However, I do provide other kinds of writing, reviewing, and editing services, so contact me, if you think I may help you. I’ll give you a FREE initial consultation to see how best I can meet your writing, editing, or consulting needs.