I Know Dr. Douglas and Can Attest to His Biographical Account

I have known Dr. Frank L. Douglas since we both were at Cornell University in the late 1960s. At that time, I worked for the Committee on Special Educational Projects (COSEP).

As George Lowery described it, in his 2009 article in the Cornell Chronicle, COSEP was an original and purposeful program within an elite, largely unintegrated university.

In 1963, his first year in office, Cornell President James Perkins had launched the Committee on Special Educational Projects (COSEP) to increase enrollment of African-American students at Cornell and provide them with support services — the first program of its kind at a major American university.

Perkins, who had chaired the board of trustees of the United Negro College Fund, said Cornell wanted to “make a larger contribution to the education of qualified students who have been disadvantaged by their cultural, economic and educational environments.” COSEP later expanded to include Latino and Hispanic American, Native American and Asian-American students.

Frank was not a COSEP student. He was pursuing his doctoral degree in physical chemistry. I met him because he took time out to be a tutor for some of our undergraduate students. We have stayed in touch throughout all the ensuing years during which he shared with me the stories recounted in his new book. 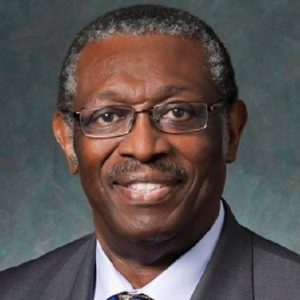 This is a man who emerged from a childhood of grinding poverty in Guyana. He possesses great intellect, drive, tenacity, and courage. Consequently, he came to study, teach, and innovate within the medical and pharmaceutical industries to benefit the entire world. He did it all despite the incessant challenges of racism. That is his story.  But, first, here is a bit about his background.

If you look for him on Wikipedia, you will learn, “Frank Douglas graduated with a B.S.in Engineering from Lehigh University, received his M.D. and Ph.D. in Physical Chemistry, degrees from Cornell University, completed an internship and residency in internal medicine at Johns Hopkins Medical Institution, and a fellowship in neuroendocrinology at the National Institutes of Health (NIH).”

He is world-renown in more than one field. Again, Wikipedia helps me distill his accomplishments for you.

Douglas taught clinical pharmacology at the Pritzker School of Medicine before becoming a professor of practice at MIT and establishing the Center for Biomedical Innovation.[1] Prior to joining MIT, Douglas was EVP and Member of the Board of Management of Aventis AG. He was twice named Pharmaceutical R&D Director of the Year, received the Black History Maker Award in 2007, and in 2010 was named a GQ Magazine and Geoffrey Beane Foundation “Rockstar of Science”. While at Aventis, Douglas collaborated with Nature Publishing Co. to create the Horizon Symposia.

His list of awards and honors could go on for pages. I leave it to you to find them, so I can get to my review. 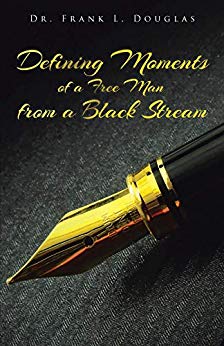 It is a brief review because I wrote it for posting on Amazon and GoodReads.

Defining Moments of a Free Man from a Black Stream by Dr. Frank L. Douglas
My rating: 5 of 5 stars

I offer this review of Defining Moments of a Free Man from a Black Stream as a person who has known Dr. Douglas since his days at Cornell University and who witnessed the events through his recounting them contemporaneously over the years.

My first thought is to confirm the narratives are true. My second thought is that, even so, Dr. Douglas was rather gracious in the chronicles, as some of the events unfolded in even harsher terms than he conveys using his professional eloquence. But, of course, he always is “The Consummate Professional” in his comportment.

The book is important for people of all ethnicities to read and understand, as racism is undeterred by levels of education and is pervasive among all races and cultures. Only the style and flavor of it changes among persecutors and the persecuted. The brutality of it remains constant. While I recommend this book for a broad audience, it is particularly poignant and useful for American Blacks and for other descendants of African cultures who are in the United States trying to penetrate and navigate American ways and mores.

While Dr. Douglas is a world-renown scientist, he is an equally brilliant project manager and supervisor of high-level scientists and managers. This book illustrates tools and techniques which could be helpful to anyone who has significant managerial responsibilities while facing a resistant staff, oversight person, or board of directors. I recommend the book with great appreciation for it and without reservation. 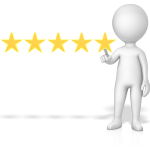 View all my reviews

Buy and Recommend the Book or Contact Dr. Douglas

I hope you will read Defining Moments of a Free Man from a Black Stream by Dr. Frank L. Douglas. Feel free to recommend it to aspiring youth and those in the workplace whom you think can benefit.