What is Write by the Rails? What Invitations? 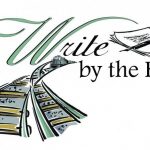 We are a group of Virginia writers (both novices and well-read published authors). Our members have won awards for fiction, non-fiction, and poetry. Others of us are just getting started. We create poems, short stories, novels, historical accounts, and one-liners, among other things.

Write by the Rails (WbtR) is so named because its meetings have been held at the Trinity Church in proximity to the Amtrak rail station in Manassas, Virginia. The train whistles punctuate every meeting at the most inopportune moments for the speaker, but we love it. (We also meet in other locations “on both ends” in the Prince William County area. You can learn about upcoming meetings on our community Facebook page.

The Mission of Write by the Rails

Write by the Rails, the Prince William Chapter of the Virginia Writers Club, aims to raise the profile of the local literary community and explore ways we can nurture, cultivate and help that community grow. If you are a writer (published or unpublished) affiliated with Manassas, Manassas Park or Prince William County, consider officially joining by emailing us at writebytherails@gmail.com.

That’s the mission, but one of our Invitations is for people from everywhere. Keep reading! 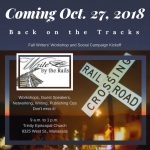 We’ll hold a writers’ workshop on October 27, 2018. See the details on this picture.

We also have an ongoing campaign (#WbtR and #BackOnTrackNow), which I’ll describe to you in a hot minute.

Why do you want to know more? Because you’re invited to participate if you are affiliated with the designated areas of Virginia! In addition, your work MIGHT be included in an anthology! YEA!

Invitation #2 = a Writing Campaign for You to Join

Calling all Writers and Writer Wannabes!

Please pick 5 of your best, original short lines and drop them in this form for our #WbtR #BackOnTrackNow

It doesn’t have to be new work, just YOUR work.

Teachers, this is a great way to put a new spin on “What I did this summer.”

The goal? Jam social media with original writing as we gather material for our next anthology. Your piece could be published!

Jump in, join the movement and get your own writing #BackOnTrackNow!

The Back on Track Now Social Campaign #WbtR #BackOnTrackNow

How to Write Your Submissions 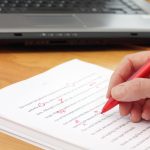 As a member of this group, I periodically submit segments of poems and other pieces I’ve written. To give you examples here of how to do it, I offer the following “snippets.” Note: everything, including hashtags, must fit into a Tweet when you are submitting the work to WbtR for this project.  You need to include the hashtags #WbtR and #BackOnTrackNow.  You can add more tags of your own if they fit into the Tweet. Then, after WbtR publishes one of yours, you share it from the WbtR Facebook page onto your other social media outlets, like Twitter, Facebook, Instagram, LinkedIn, etcetera.

Here’s the link again, so you can participate: https://wbtr.org/the-back-on-track-social-campaign/.

Today, for this blog, I may have included longer segments of my poems or the whole piece since my blog does need to be “Tweet-size.”  Here are some samples.

My Unpublished Autobiography, “The Iron Butterfly”

These excerpts are inclusions in my unpublished autobiography, The Iron Butterfly. No, you don’t get to read the entire thing – at least, not until some people are “six feet under!” 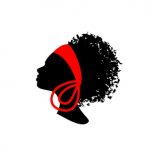 Writing As If I Were Another Person

I wrote this poem on behalf of a young man, who was in love with a young woman. Sadly, that love was not reciprocal. I knew her when we all were at Cornell University. She was very bright, an activist, and amazing in many ways. Her face was “pretty with irregularities.” Here’s a stanza from the poem I wrote for him, after thinking about her from his perspective.

Wearing the stamp of her individuality
In feature, as well as in mind,
Rather than coming from some classic
Uninterrupted mold
Which can be had at Tiffany’s

Note: I also provide “ghostwriting” services, speaking in the voice of another person, rather than writing about them with empathy as in the sample above.

Back to My Personal Trials and Tribs From Yesteryear

The next excerpts from The Iron Butterfly are stanzas of long poems about personal, emotional trauma that was consuming my thoughts.

And, it’s time to
be a clear blue, too.
With everything –
Kindly, but firmly – in place.
Like a good nurse
Merciful, but
detached.

This was written to a person who reveled in my writings as if they were an enthralling movie, rather than depicting actual, excruciatingly painful events.

I am not a real
flesh and blood person to you
– anymore –
I am not living
these things –
I am a story you
read once.
Or are you really
so cold
That you can
listen to cries for help
With a slowly
beating heart.

This was a kind of “talking to myself” poem. 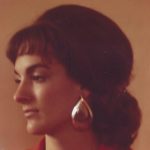 This is an excerpt from a “Letter to the Zoo.” The “Zoo” was a group of employees and friends whom I had known at Cornell University. My letters kept them apprised of my latest (usually excruciatingly painful) adventures after I left Ithaca, New York.

First, I’m sharing part of a long version of one letter, followed by “the excerpt of the excerpt” selected for submission to Write by the Rails.

Christmas will be the anniversary of my second divorce, as well as my first, it seems. …….. As I am sitting here, crashing out loud on this paper, I am faced with the question … Do I have the responsibility to end a cheerful letter cheerfully? … a letter to the Zoo should describe the shattered glass of my soul in ways which make the Zoo-mates laugh. No one wants to deal with stark-naked pain – it’s okay, as long as it’s wearing one sock and a lop-sided hat.

For Write by the Rails, we used this portion:

No one wants to deal with stark-naked pain – it’s okay, as long as it’s wearing one sock and a lop-sided hat.
Excerpt #IronButterfly #WbtR #BackOnTrackNow #Scripts #NancyWyatt #Writer 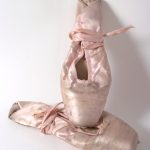 Let it be said,
True to her cultural heritage,
She died with her ballet slippers on.

On a happier note, years later, I wrote in The Iron Butterfly,

I used to tell my friends at the “Zoo” that I had met a gorgeous man, whom I promised to follow anywhere … and then he made me prove it … by moving to Queens … December 1, 1976.

After My Relocation to New York City

Bob, the Secret Service man, called me at my office (which number I had never given him) and again requested a meeting, but would not say for what purpose. Excerpt #IronButterfly #WbtR #BackOnTrackNow #Scripts #NancyWyatt #Writer 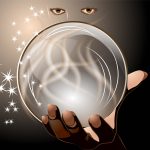 Eagan is the name of a priest whom I had to visit because a beloved mutual friend and world traveler seemed to be in danger. That traveling man’s girlfriend, mother, and I all had gotten premonitions that he would die on his next trip to a country which was in terrible turmoil and acts of war. To divert himself from worrying about his cherished best friend’s endangerment, Eagan focused on me with a barrage of questions and opinions.

Eagan. Thinks I’m an “Anonymous Christian.” Because, if
Jesus were here, he would do exactly what I’m doing – would walk with those I
walk with. And, it’s okay that I don’t think I’m a Christian because Jesus has
a great sense of humor! Excerpt #WbtR #BackOnTrackNow #Scripts

It Was a Rough Day/Night

Here is another poem – but, this time, in its entirety.

My mind has been raped –
Gang-bang style.
Over and over;
Pounding; endless ….

And now, when I approach it,
The shields arise.
Gray walls.
Numbness.

Anguished fury
On minuscule provocation,
But no relief
For tight-lipped rage.

Do I Ever Write About Happy Things? 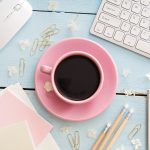 Heck yes! But, these little snippets were taken from The Iron Butterfly – covering a certain period of time. I submitted them hurriedly – just to get us started in the #WbtR project, while I also was dealing with a flooded basement and flooded sinuses.

So, stay tuned for more and happier snippets. I’ll be posting them on my new Facebook page, created for that purpose. It’s called Nancy’s Notions – A Writer’s Bloc.

I’ll also post them in one of my Nancy Ayanna Wyatt Google+ Collections. 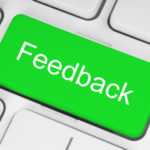 Note: I am just beginning to create other Google+ Collections there, such as:

However, you always can find the most detailed offerings and info about what I do on my websites https://www.getwell.guru or this one https://www.my persuasivepresentations.com.

If you meet the requirements, I hope you will join the Write by the Rails #WbtR and #BackOnTrackNow campaign. Hope to see you there!