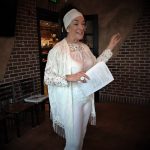 This post is part of a Zoom speech about racism and activism that I gave to a chapter of the Holistic Chamber of Commerce on June 12, 2020. The concepts are incomplete and, perhaps, oversimplified because of the time constraints involved, but I offer resources and links to books and videos at the end of this post. I hope you will find it edifying. You can read it here or watch the video here.

Please do your very, very best to hold your reactions to what I say until you’ve heard the entire thought because where it ends may be different from what you expect at the beginning of each topic. If you are interested, I am willing to hold classes on these themes in the future, so we can discuss things in more depth with more time.

What Qualifies Me to Talk About Racism?

Do I Have “Street Creds” as the Basis for My Opinions?

I could take the entire 20 minutes just listing my background as relates to Black Communities. Instead, here are a few main points. I’m not sharing them for egotistical reasons, but to raise awareness about the breadth of racism, as well as mentioning the kinds of activities in which you can help People of Color (aka POC).

I was raised by an overtly racist father in Colorado. There were no Black folks in the community. I never even saw a Black person until I was 13 years old. But, Mexican and Native Americans were treated the same as Black folks are, so I learned about racism in early childhood.

When They Come In The Morning

Quick Examples of My Work in Black Communities

The Police, Racism, and Me

Based on the foregoing experiences, my impression of and feelings about police officers was the same angst, anger, anguish, and outrage that is being expressed now. My image of the police could be summed up in videos of the Rodney King beating.

I ALSO took a job in which I was in charge of fully-sworn, fully-armed police for about twenty years at Northern Virginia Community College’s Manassas campus. In the aftermath of the demonstrations related to the murder of George Floyd, I  have made a couple of Facebook Live videos about my opinions on whether police departments should get military equipment and about “defunding the police,” but we don’t have time to discuss that now.   Here are a couple of links, in case you are interested: Defund the Police?

That IS the Question

As I prepared this presentation for such a short time slot, I was faced with two options. I really wanted to give you a long list of examples of white privilege and racism that People of Color deal with on a daily basis. But I also wanted to take us to a higher level than just citing hateful incidents. So, I decided to mention only a few situations and then to share some resources and ideas for how each of us can help. I am willing to conduct additional classes or sessions in which we can be interactive and discuss many more examples at a leisurely pace. For now, “listen as fast as you can.”

Who Is an Expert on Topics About Racism?

I’m going to talk about racism; but, know this.

White Folks and Socio-economic Groups of Any Race

WHAT ELITE BLACK FOLKS HAVE IN COMMON WITH URBAN AND RURAL BLACK FOLKS IS THAT THEY ARE EQUALLY LIKELY TO BE STOPPED, HARASSED, BRUTALIZED, AND KILLED BY POLICE.

WHAT ELITE WHITE FOLKS HAVE IN COMMON WITH URBAN AND RURAL WHITE FOLKS IS THAT THEY ARE NOT.

High, Low, and In Between

We’re going to take the view “from 35,000 feet,” as the saying goes, and then swoop down to a specific recommended action for every individual. This concept can be applied anytime and anywhere by anyone and might be the most important thing you can do. Then, we’ll delve into a few examples of racism and white privilege, followed by some resources and recommendations for self-education and constructive actions.

If You Were God Looking Down on the World, You Would See

Recognizing the universality and longevity of bigotry is, perhaps, the most disheartening aspect of racism. These evil strains have permeated mankind since the beginning of time. When you see hatred and violence among all people, you might think issues of prejudice and cruelty are insurmountable.

Then What and What Then?

I don’t want to deal with these issues or actions as a fad… as things that will pass after the spotlight goes away as has happened so many times before over all these years.

The suggestions I make may or may not resonate with you, especially if you are among the people who are “introverts” or who are afraid to speak publicly and to take political action.  So, first, let’s go to a baseline that ANYONE CAN DO AT ANY TIME ANYWHERE.

The “what then,” from my perspective, boils down to individual integrity and adherence to principles of fairness and equity.  Simply stated, that can be broken down to the application of The Golden Rule, which is a maxim found in many religions and cultures.

What If You Are Uncomfortable In Taking Noticeable Action Against Racism?

The truth is that many of you will feel uncomfortable with taking a more activist posture in combating racism for a variety of reasons. Some of you have zero interest in learning more about how People of Color experience the world. These people probably will not follow up on any suggestions. Whether that is or is not true of you, the most important take-away from this presentation is that you abide by The Golden Rule as the guiding principle of your life – applicable to every action and inaction that poses itself each day.

Quote from THE TAO OF NOW

“The universe unfolds bringing to bear any cause that needs to be included. Don’t take this process personally. The working out of cause and effect is eternal. You are part of this rising and falling that never ends.”

Taking It to The Next Level

Now, let’s look at just a few examples of white privilege and unconscious stereotyping which results in racist actions and inactions.

What Do You Think When You See a Police Officer Coming Toward You?

In that connection, new software is available. You say, ‘Siri, I’m getting pulled over.’ When you have this Shortcut feature, called, “Police,” for iPhones, and you say that phrase, “Siri” can automatically record the police and will text a predetermined contact that you’ve been pulled over. It also sends a video of the encounter to your contact. The creator says the shortcut can be adapted for other situations. Business Insider

The Role of Bravery

The Role of Politics in Systemic Racism

Let’s Talk About Talking to Congress | How to be Effective

Citizens Have More Power Than They Realize

personal communications from constituents. Whether individuals make contact face-to-face, by

phone, or through personalized email or postal mail, Senators and Representatives are influenced by

their constituents’ own views about the public policy issues before them.

There is virtually no distinction by the congressional staff we surveyed between email and postal mail. They view them as equally influential to an undecided Member. What matters most is the content, not the vehicle. Whether they are delivered via email or postal mail, messages that are customized in some way by the constituents sending them are much more influential than identical form messages. The personal touch from a constituent goes a long way toward differentiating a message.

Preferred Ways to Communicate to Congress

This is an excerpt from the Congress Foundation

The Role of Empathy in Challenging Racism

Our President, Uma, recently led meditation as if all participants were having the Black experience. It was very powerful, and we could do that kind of thing again.

Years ago, third-grade teacher Jane Elliott, showed her students a map of the world. “How many of you have seen this map or one just like it?” Jane Elliott asked. Every hand went up. It’s a Mercator projection map, widely used in American schools and universities. Elliott explained how it is distorted, the equator two-thirds of the way down, making North America and Europe — both majority-white countries — look like they are the center of the world and bigger than they actually are. Africa seems half the size of Greenland. Alaska looks bigger than Mexico. “This is not just ridiculous — it is deliberate,” she said. (Photo: Karina Bland/The Republic)

That same Jane Elliott, who showed us the contorted map of the world, is 84 years old, a tiny woman with white hair, wire-rim glasses, and little patience. She has been talking about how ridiculous it is to judge someone based on the color of their skin for almost 50 years. She can hardly believe she still has to say it. “We need to fix this,” she says.

How can we learn and do better?

The Role of Education

I’m going to share some recommendations for videos and books that can give great insight into the experience of Black people in America. I hope you’ll take advantage of the opportunity to learn. Even though I have been a member of Black communities for most of my life, there were many things in these videos that I did not know or that gave me a new framework for understanding.

A resource. https://nmaahc.si.edu/learn/talking-about-race from the National Museum on African-American History and Culture – the Smithsonian

Produced by Blackside, Eyes on the Prize tells the definitive story of the civil rights era from the point of view of the ordinary men and women whose extraordinary actions launched a movement that changed the fabric of American life, and embodied a struggle whose reverberations continue to be felt today. Winner of numerous Emmy Awards, a George Foster Peabody Award, an International Documentary Award, and a Television Critics Association Award, Eyes on the Prize is the most critically acclaimed documentary on civil rights in America.

Producing more than 60 major film and media projects, Blackside has given many emerging filmmakers the opportunity to learn their craft. Eyes on the Prize (1987), the company’s definitive history of the civil rights movement, won the duPont-Columbia Gold Baton, the Peabody Award, Academy Award nominations, and numerous Emmys. Blackside has also brought many other award-winning productions to public television, including The Great Depression (1993); Malcolm X: Make It Plain (1994); America’s War on Poverty (1995); This Far by Faith (2003), and I’ll Make Me A World (1999).

The African Americans, by Dr. Henry Louis Gates, who also does the Ancestry series you now see on public television.

Reconstruction – America After the Civil War.

There are several additional fascinating histories – often by Ken Burns – on The American Experience.

Books and AudioBooks About Racism and Black History 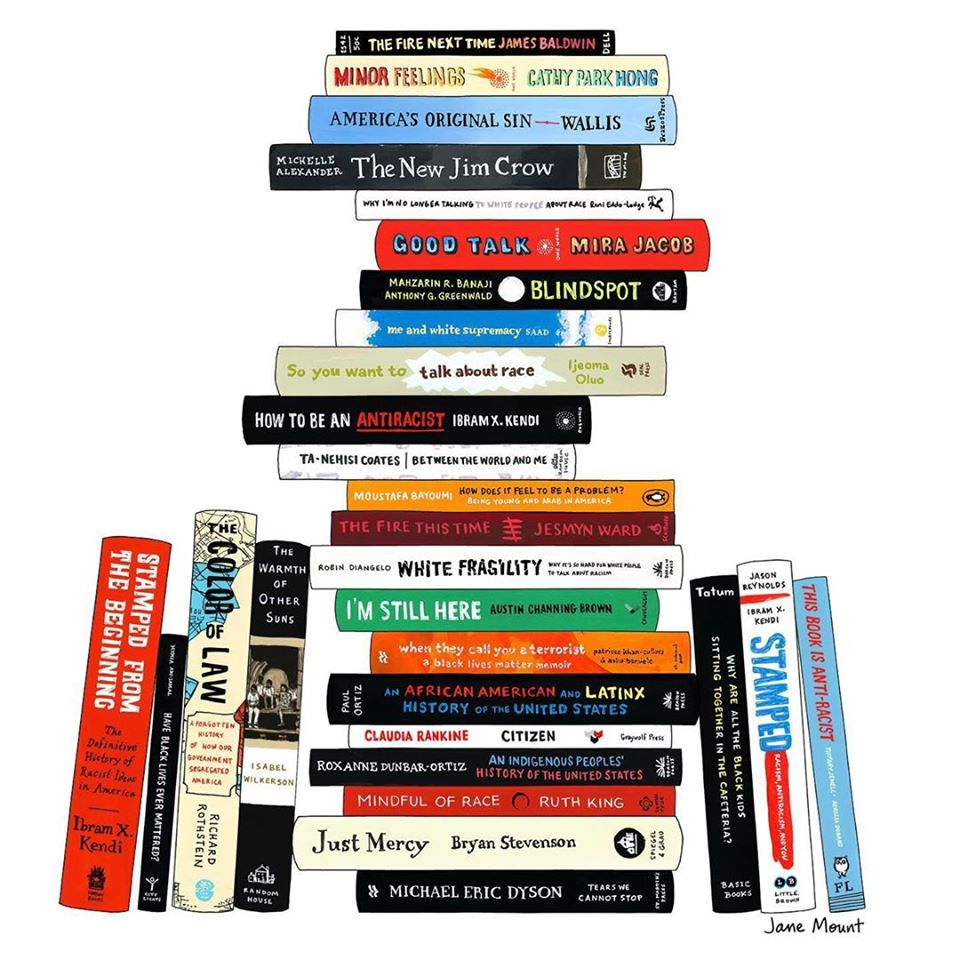